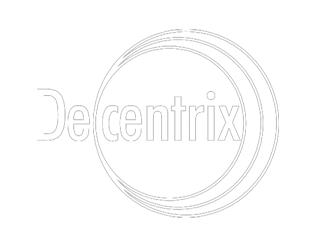 Media companies today are focused on gathering and aggregating their key sales, finance, inventory, and audience data to drive more informed decision making processes. This data, when harnessed and transformed, becomes the lifeblood for strategic growth. Decentrix Inc., the leading provider of media specific analytics and Business Intelligence solutions, announced today that Hearst Television, Inc. has successfully implemented their BIAnalytix™ business intelligence platform for use by both Hearst Corporate Executives and station managers across 29 television stations.

"Hearst Television was looking for a Business Intelligence partner that understood our business today, and who could deliver flexible solutions that would allow us to customize and evolve as our analysis needs and business changes," said Al Lustgarten, Vice President of IT, and Hearst Television. "Decentrix has decades of experience in the media industry and not only intimately understands our business, they understand the key metrics that are important for our management team from an analysis perspective. Decentrix has quickly become a trusted advisor regarding how to mine those golden nuggets of insights from our ever growing mountain of data."

The Decentrix BIAnalytix™ platform provides media companies with the foundation to extract key information from back office "source" systems of various mediums and combine that data to present key metrics for analysis and presentation to media business executives. "The BIAnalytix platform allows us to own and manage our data, and liberate our company’s reliance on reporting from multiple disparate systems" Lustgarten said.

"We are excited about the partnership we have created with Hearst Television and are confident that our BIAnalytix™ platform will be another key initiative used by Hearst executives in their continual quest for profit and revenue growth now and for many years to come." said Wayne Ruting, Decentrix CEO. "We look forward to helping Hearst get the full power of the vast array of insights that can only be revealed through Business Intelligence" said Ruting.

Decentrix is a technology and consulting company specializing in Media Business Intelligence (MBI™) and Media Data Warehouse Solutions tailored specifically to the needs of Media, Entertainment, Telecommunications and Advertising companies. Founded by technologists with decades of experience in media transactional systems, Decentrix offers a fast-track, fully working enterprise solution for Media Business Intelligence using SQL Server 2012 architecture. The BIAnalytix™ Solution was purpose built to help large media corporations solve the challenge of rapidly and accurately accessing the large amount of data locked up in their "transactional" systems, by ingesting the critical granular data into a single enterprise-wide media data warehouse and providing fast, intuitive reporting from a "single version of the truth."